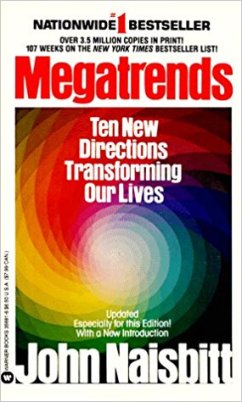 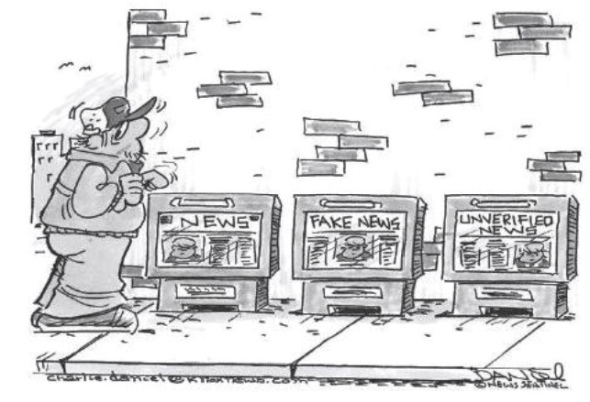 In 1982, John Naisbitt published his classic book Megatrends.  It depicted ten long-term trends that he saw in progress in America. My reference to it here isn’t about the trends themselves but the methodology he used to identify them. What he and his company did was an interesting approach. They tracked major newspapers around the country, logging how many column inches of newsprint was devoted to various subjects over time. Then, analyzing how that coverage by subject area trended over time, they came up with the Megatrends.

The “News” Environment Then …

I was 37 years old when Megatrends was published, so I remember very well at least two of the decades included in Naisbitt’s research. That perspective gave me the general feeling that his predictions were very plausible [as it turned out, well over half of them were at least conceptually on the right track, and two or three of them were “spot on”]. Also, in 1982, CNN was only two years old. CNBC would not be around until 1989 — MSNBC and Fox News, 1996; Huffington Post, 2005; BuzzFeed, 2006.

Today, there are numerous 24×7 channels to which a person can tune for “news”, and literally thousands of web sites and blogs providing what could sometimes be classified as “news” because they are sometimes the original sources quoted by the major media outlets in their “news” programming. Compounding this explosion in the number of media outlets is the ability of Social Media [FaceBook, Twitter, etc.] to transform what might otherwise be considered minor content into major worldwide “news” within hours. I’ve put the word “news” in quote marks here because its meaning is much less clear today than it was then [see these Blog posts for more on that: Fake News Or Just Meaningless News? ; News [Or NNTN>] Circa 2017].

This plethora of “news” sources brings to mind Parkinson’s Law: work expands so as to fill the time available for its completion [Cyril Northcote Parkinson, The Economist, 1955]. This principle is often used to describe the growth of the bureaucratic apparatus in an organization, and that is the context within which I mention it here. The myriads of 24×7 media outlets, web sites, and blogs all need content to fill all of their time-slots. I expect there are at least scores of thousands of employees whose jobs are to find content they believe will be more interesting to the public than the content found by their competitors, “package” that content, and produce it for consumption by the public.

I can’t help but wonder what a person engaged in Naisbitt-style analysis 35 years from now [same time as from 1982 to now] would conclude were the major megatrends during this decade and the one or two preceding it. My intent here isn’t to try and predict exactly what that conclusion would be [i.e., to produce a specific list of the megatrends themselves], but I believe strongly that it would be consistent with the Major Paradigm Shift Well Underway page of this web site and what I’ve been including in related posts to this Blog. … But as I look at what dominates the “news” these days, it’s interesting to ponder how on earth that person would filter out all the “fake news” and commentary and just track real news.

Thanks for reading this post, and if you regularly follow my Blog, for that, too. Please consider sharing this or other posts with your friends, colleagues and associates.